On Saturday September 15 on Dorn field, members of the Greek community at Spring Hill College competed at Lambda Chi Alpha’s annual Watermelon Bash. Participants in the event were tasked with completing various challenges in order to win the competition. Some of the challenges included relays with a greased watermelon, a seed spitting competition, tug of war, and many more. Members of the teams that participated in these events seemed to agree that the tug of war challenge was the most fun. It included a large mud pit that the losing team would fall into upon the loss of the challenge. Regardless of winners and losers, almost everyone in attendance of the event ended up in the mud pit at the conclusion of this year’s Watermelon Bash.

Kyle Mistretta, Lambda Chi’s Vice President of Philanthropy, says he has been working with his committee of five since late July to prepare for the event. Mistretta explained that the most time-consuming part of preparation was dealing with the organizations who chose to sponsor the event. “They require a lot of follow up and you want to make sure that people who donated get the recognition that they deserve.” Their hard work paid off because the fraternity only ended up spending “about $50 out of pocket because of sponsorships,” said Kyle. He went on to explain that it was helpful that the event has been held every year for such a long time because that a lot of stuff was already in order.

The purpose of the event is to raise money and canned goods for the organization, Feeding the Gulf Coast. The winner of the entire event is based not only on the physical competitions but also on what team contributes the most canned goods. Mistretta measures the success of Watermelon Bash based off of the amount of money and cans raised. 12 teams participated in this year’s Watermelon Bash. These teams were diverse and eight of them consisted of sorority members while the other four were made up of freshman and spirit groups. These teams and their contributions to the event were the cause of its great success. The event brought in over 9,000 pounds of canned goods and over $1,200, which ended up contributing more than 13,000 meals.

Mistretta explained that he thought it was important that a representative from Feeding the Gulf Coast came and spoke this year. He felt that it brought the purpose of the event full circle and reminded students of the importance of the event. According to their website, Feeding the Gulf Coast has three separate branches that, together, distribute more than 20 million pounds of food annually. Their mission is to work through member organizations and special programs, such as Watermelon Bash, to provide food to those who are hungry as a result of personal crisis or disaster. The organization also aims to educate the public in domestic hunger and nutrition related issues.

When asked her thoughts about Watermelon Bash this year, Abigail Rhodes, a member of Sigma Kappa sorority said, “It was a lot of fun and it was a great cause to be involved with.” She further explained that her favorite event was tug of war. Asa bystander at the event, Kinsey Potter’s only complaint was the heat. She wishes the event would be held at a cooler time of year. 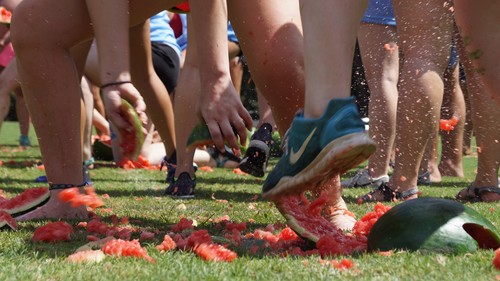 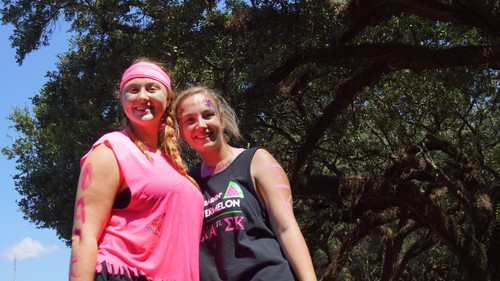 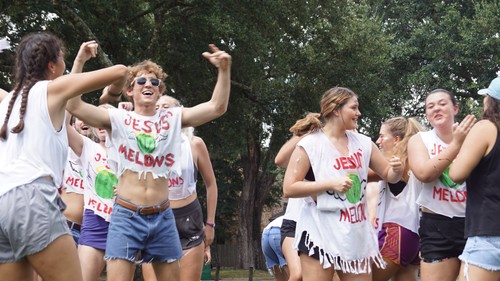 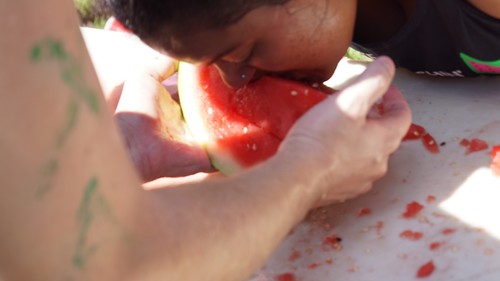 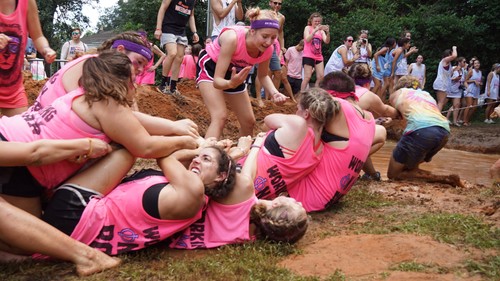 The Student-Athlete Advisory Committee (SAAC) is a group of...

The International Students Association is the newest student organization on campus...

Alumnus Aïko Pickering has created MOnthly, a charity organization that aims to...