Members of Greek Life on the Hill were seen competing with each other by bouncing two huge balls in the air as part of Delta Chi’s Earth Ball philanthropic event on November 7th.

The event, a tradition that Delta Chi at Spring Hill held on campus for over 10 years, was resurrected from its last occurrence in the fall of 2017 and attracted a crowd of Greek Life members awaiting the chance to chase after a ginormous ball on Dorn Field.

According to Delta Chi’s President Robert Vought, “The big emphasis for this organization and this event is Greek unity as opposed to competition." The teams competing in the event were all the fraternity and sorority chapters at the Hill: Phi Mu, Tri Delta, Lambda Chi Alpha, Sigma Kappa, Delta Gamma, Sigma Chi, and Tau Kappa Epsilon.

The game featured two Greek Life organizations pushing and lifting a huge ball into the air, trying to push the ball across the other team’s end zone. The winners received plaques made by the members of Delta Chi themselves. When asked about the planning process of the event relating to maintaining COVID-19 guidelines, Vought said, “It was definitely a struggle as far as getting it set up. We’re very lucky to have a really good executive board who was able to pick up the slack after our philanthropy chair tested positive a week and a half ago.”

According to Phi Mu member Layne Carlson, everyone attending received the satisfaction of getting outside and having fun with fellow Greek Life members. “You get to hang out with your friends, you get to hang out with people you wouldn’t normally,” Carlson said, “Your endorphins are rushing, you’re outside-it’s just really good vibes.”

Delta Chi supports and raises money for The V Foundation for Cancer Research, a foundation started by ESPN’s Jim Valvano, and the fraternity saw nearly $1,000 in donations raised at Earth Ball. The first place winners of Earth Ball were Phi Mu, with second place going to Lambda Chi Alpha, and third place earned by the Earth Ballers, a collection of non-Greek-Life affiliated players. Lambda Chi Alpha also won an award for the most spirited team, and the Earth Ballers won an award for the best freshman team. 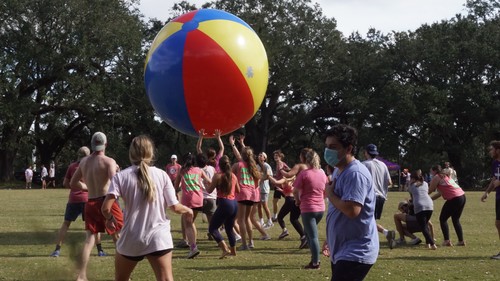 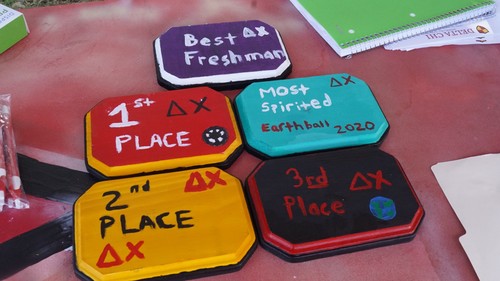 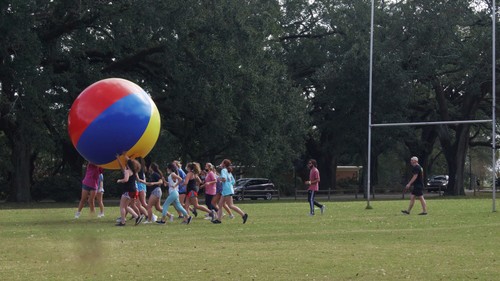 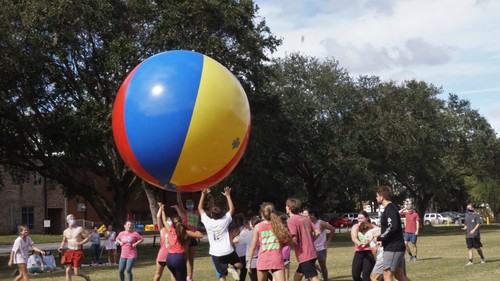 Spring Hill hosted a campus day of service event on Nov. 5 dedicated to cleaning up...

Parents and Alumni Visit the Hill