At the beginning of the event, participants gathered to pick out their personal colored flower resembling those with Alzheimer’s, those who have lost someone, caregivers, and those without a personal connection. Cece Sutton, Vice President of Philanthropy Services of Sigma Kappa expressed that there were too many members of Sigma Kappa to even name who have been personally impacted by this disease.

Members of Sigma Kappa joined a team to fundraise in support of each other and the community. According to Sutton, “Each participant has their own fundraising page that they can share with friends and family. The money goes to the Alzheimer’s association, where the majority of it goes to care, support, research, and advocacy for those with Alzheimer’s (77%).”

SHC Sophomore Grace Adams said, “I’m here for my Mema who’s my great grandmother. She would always think people were watching her, and it was just the pictures of her family on the wall. She became terrified to be in her own home. I don’t want people to go through the fear, not knowing what’s going on constantly.”

People carried their flowers all over the square. Some sat in the shade to avoid the sun, some walked around to converse while others played games. Members of Sigma Kappa huddled around their tent sharing stories, face painting and offering support. According to Sutton, Sigma Kappa participates every year because, “The walk is significant in raising funds for the care, support, research, and advocacy for those suffering from the disease.”

Towards the finish line, the sorority sisters waited for the blue lights, purple shirts and smiles to greet. Within the crowd, Evans expressed the event was a “mind blend of all this knowledge and emotional support. It really makes the reality of the fact that we are raising money for real people.” As participants shared their thanks of blessings and stories, many were touched. Evans said, “Alzheimer’s affects almost 80% of women, and we care about the future of us, our sisters, moms, and the general community of women.”

This year, thirty-three Sigma Kappa members participated in the “Walk to End Alzheimer’s” and have hopes for many more join them next year. 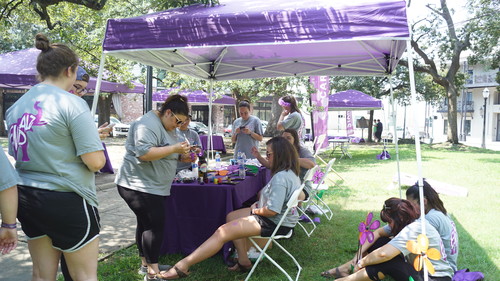 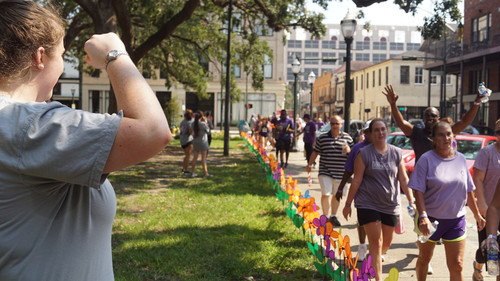 Summer vacation is approaching, but many of these plans, specifically students, are...

In the new normal of life since COVID-19, some college students are back home, and...

With predictions of possible food shortages due to COVID-19 being made, national...