SHC Beach Volleyball Gears Up for the Season

The team opened the season with a 3-2 record. After the matches, Shawn Taylor, the head coach, was delighted with his team’s performance and effort after a long weekend of competitions. Taylor said, “I am pleased with the way we came out and competed.”

Regarding Sunday’s match, Taylor said he was nervous about the team’s energy; however, he added, “When we minimized our mistakes and took aggressive swings, I felt like we were able to do a good job of dictating the outcome.”

Taylor described the team’s attitude as positive after finishing the first full weekend of matches. “I think the team was excited to face off against someone other than themselves. There has been a saying in practice that has emerged over the last year or two: ‘you can.’ I believe the team feels that we can accomplish any task that we set out to do, providing we support each other. The willingness to help, support, cheer and put the team first has really shown in the early going,” Taylor said.

After a whole season ahead, Taylor stressed the importance of teamwork and hard work. “Show up, work not just hard but smart, support those around you that share a common interest and have fun.” With this in mind, Taylor considers “winning and success” as “byproducts of those things.”

When asked about the goals for the season, Taylor stated, “The team has set some goals which include finishing above .500 for the second straight season, and winning the first ever AVCA Small College Championship.” SHC junior Caroline Herrera, agreed and said, “This is our first season competing in it, and I know we have the talent and drive to bring it back to the Hill.”

According to Herrera, a successful season would be “beating our best record of 17 wins and 16 losses, and winning the AVCA Championship.” Herrera stressed the important role that teamwork plays in order to achieve these goals. She described the beach volleyball team as a “unique culture.”

Herrera said, “What we were each taught to believe and value as a group forced us to grow as women and teammates on and off the court. A few of the things we hold close to heart are integrity, passion for the game, excellence, responsibility, positivity, growth and unity. I’ve learned how to be the best teammate I can be through the team culture that we hold each other up to.”

Volleyball season, Taylor added, “provides many opportunities that translate or correlate strongly to the real world.” Taylor continued, “The season presents a multitude of opportunities to educate not only the players, but myself as well. We have had the opportunity to work a beach clinic hosted by the AVP for inner-city kids in New Orleans.” The team also hosted a fundraiser to assist those affected by the recent floods in Louisiana.

The Badgers will next visit Montgomery, Alabama, on March 16, for a tri-match hosted by Huntingdon College. 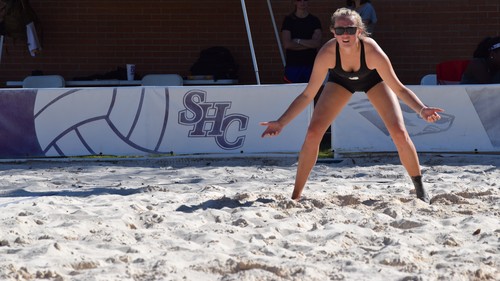 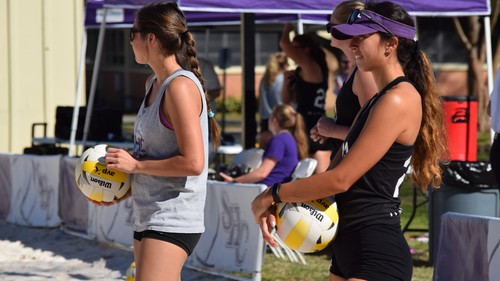 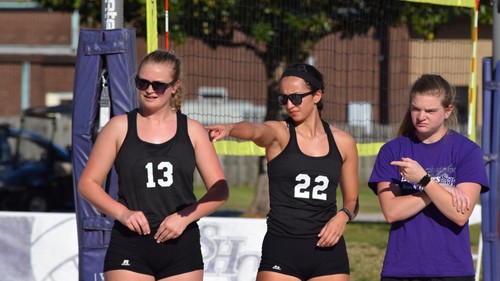 Despite being ranked fourth overall, the Badgers caused a couple of upsets and came...

Over 10 teams came out Sunday to compete in the Student-Athlete Advisory Committee...