Baseball Teams Give Fans a Preview

This is the first year that the Purple/White World Series has not been set up as a best-of-7 series. Instead, the Badgers will be playing in a best-of-5 series. “We’re cut down on time limits now with the NCAA,” said Frank Sims, SHC head coach. “We only have 24 days of practice in a timespan of 45 days. I cut down the series to enable us to have more real practice time where we can really improve our skills rather than just having games.”

The baseball coaching staff meets together and attempts to assemble equally talented teams for the series. However, it is not always guaranteed that both teams will be selected as equal as the coaches hope. “We’ve had a lot teams that will go all seven games in the series, but then we’ve also had teams that I think will play the total seven games and end up going 4-0,” Sims said.

The Purple/White World Series is beneficial for the players because it’s the first time they can play under the lights, with umpires and in front of a large crowd with music. However, the series is primarily for the coaching staff. “Usually by mid-October we have a good idea on who’s going to play. Although, it’s still really important for us as coaches because we can evaluate how the players react to situations and how certain players mesh together in game scenarios,” Sims said.

The competitive nature comes naturally for the Badgers during the Purple/White World Series. Sims humors about the magnitude of competition between both teams. “I don’t know if they bet on anything, which is illegal by NCAA standards. There’s a lot of talk, you know how it is, some trash talk here and there,” Sims said. Senior Brandon Donoghue claims that the Purple/White World Series is one of the most competitive times of the year but admits that the high stakes do not call for high consequences.

“Bragging rights is what it all comes down to,” Donoghue said. “Although, there have been times when we do play for washing the baseball laundry in our clubhouse.”

The Purple/White World Series is a finale for players to showcase their skills in front of friends and family during the highly anticipated Family Weekend. Junior Austin Barrios’ favorite part of the entire series is the opening Friday night. “The fans play a really big part in the series for us. They like to cookout and show their support, which definitely brings a great vibe to the baseball field,” Barrios said. The favorite part for the Badgers’ head coach is watching the freshmen be immersed in the spotlight. “I really enjoy sitting back and watching the freshmen get their legs underneath them. You usually know what the old guys will do but it’s the new guys and the pitchers that are a lot of fun to watch,” Sims said.

After the Purple/White World Series the SHC baseball team will have exit interviews discussing what each player needs to improve on over the winter break. The Badgers will debut the 2018 season with a home opener on Friday, Feb. 2, 2018 when they play Auburn University at Montgomery at noon. 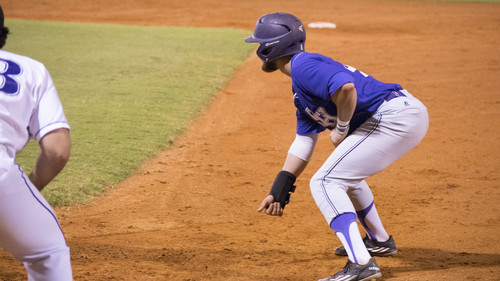 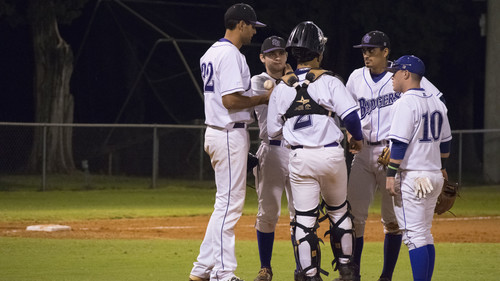 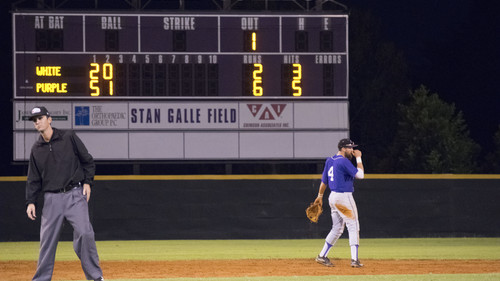 Over 15,000 canned goods were collected during Lambda Chi’s 2022 Watermelon Bash on September...

Despite being ranked fourth overall, the Badgers caused a couple of upsets and came...