This has been a school year of firsts for Spring Hill College athletics, and it continues Saturday night when national sports broadcasting network ESPN comes to campus to broadcast two college basketball games.

Action will be streamed live on ESPN3 on Saturday when Spring Hill plays host to Central State in a 2:05 p.m. women’s game, followed by a 4:05 men’s contest. The games will be played in the Outlaw Recreation Center, and admission will be free, said Chad LeBlanc, SHC’s interim athletic director.

According to LeBlanc, ESPN and the NCAA agreed to create a 24-game NCAA Division 2 showcase to stream games on ESPN3 or NCAA social media sites. “We were contacted by the NCAA saying that they (ESPN and the NCAA) chose our men's and women's basketball home games against Central State University as two of those games,” LeBlanc said, adding that SHC is the only Southern Intercollegiate Athletic Conference school chosen for the showcase.

ESPN3 is “a digital network that streams thousands of live events annually, in addition to providing on demand replays of recent ESPN events,” according to the sports network’s website. “It is only available on the ESPN app through mobile devices, computers and smart TVs connected to the internet,” LeBlanc added.

This type of attention is new for Spring Hill, which is in its first school year as a member of the NCAA Division 2. “Not only is this the most national athletic recognition we have had recently, but it really is international,” LeBlanc said. “This is a great platform not only to show off a couple teams and the coaches and student-athletes that make them up, but really it's a chance to show the vibrancy of our student body and local fan. In addition, we are also given the opportunity to show off the college itself through advertisements and video clips of the campus and activities on campus that will be displayed on air during the game.”

Along with free admission to the games, fans will be treated to hotdogs at no charge (while supplies last), as well as spirit shakers, LeBlanc said.

SHC’s Lady Badgers have started the season with an overall record of 9-10 and a conference mark of 5-5, having defeated Miles College in overtime, 71-68, last Monday night. SHC is being led this year by junior forwards Tiffany Valentine and Katie Krout. Valentine is averaging 21 points and 8.7 rebounds per outing, having just recently surpassed 1,000 points for her SHC career. Krout recently broke into the starting line-up and is contributing 13 points and nine rebounds per game. Junior guard Elise Reilly is also scoring 13 points per game and is one of SHC’s leaders in assists and three-point shooting.

The SHC men started this campaign with a 6-14 overall record, including a conference mark of 2-9. Senior post player Brandon Fischer leads the way with averages of 13.6 points and 6.3 rebounds per game. Freshman point guard Justin Allison is averaging 12.7 points per game and leads the team in three-point shooting. Fellow freshman Jordan McIlwain is scoring 12.6 points per outing, and senior Jared Holland leads the team in steals and assists. 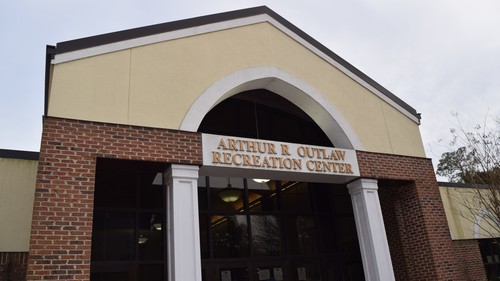 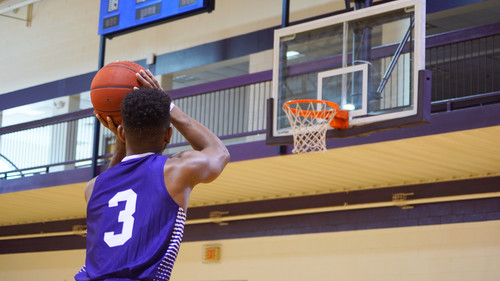 Spring Hill College’s Wellness Center is helping students de-stress over the next...