Sororities and fraternities recruited less students on the Hill this year as a result of the COVID-19 pandemic.

Sorority and fraternity recruitment was held between the weeks of Jan. 17 to Jan. 30 on Spring Hill College’s campus. This year, according to the Director of Student Involvement Krysten Russell, both recruitment processes experienced a lower amount of people participating in them. “This is to be expected though in a COVID year when students haven’t had a traditional first year of college and especially when we have a smaller first year cohort,” said Russell. Panhellenic President Gillian Nelson said that she felt recruitment went well, even with the challenges that COVID-19 presented.

Russell said that fraternity recruitment had to make a lot more changes to their traditional recruitment than sorority recruitment did. She said that this year, those that were rushing had to be broken up into two groups, which meant each fraternity had to host more parties than they have in the past. “I have received positive feedback that this led to better conversations and being able to get to know each of those rushing better before making a decision for their chapters,” said Russell. Nick Watts, a new recruit for one of the fraternities stated, “I think if COVID were not a thing my experience definitely would have been different but not by much.”

Both fraternities and sororities worked very hard to ensure all the safety protocols were in place in order to hold recruitment. “I feel like that keeping up with certain guidelines, like wearing a mask and keeping distance did help the best that it could. Of course, there were still active cases, but these measures helped slow the spread,” said senior Delta Gamma member Mary Catherine Watson. This year was the first year that some parts of both recruitments were virtual, but Kristyn Russell says that both groups worked well with these protocols. “Overall, both processes went fairly smoothly, and we have not seen a major impact to our COVID cases due to recruitment,” said Russell. All interviewees agreed that they hope recruitment will return back to normal next year. 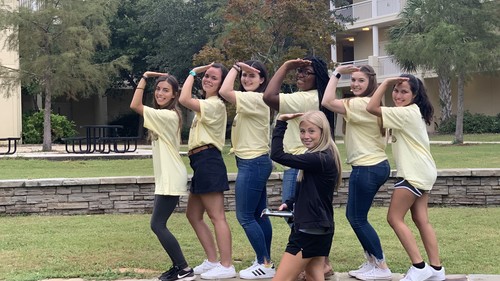 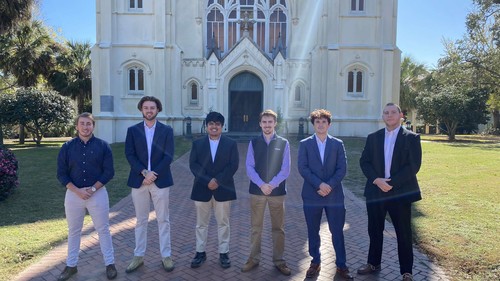 Celebrating Mardi Gras on the Hill

Spring Hill let the good times roll this past weekend with a series of Mardi Gras...

Spring Hill College introduced a new food item for students and faculty to enjoy in...

Emotional Support Animals are Therapeutic For Some

Spring Hill College has a strict no-pet policy with the exception of registered...