Intramural sports have made a return to Spring Hill College for all students to be able to participate in the spring semester of 2021.

Intramurals resumed activity on March 3 after taking a semester long hiatus in the fall semester due to COVID protocols. After several long discussions, the Student Government Association took on the initiative to bring back intramurals to the student population. Waldo Toyos, head of intramurals through SGA, stated, “It hasn’t been easy, but it was definitely something that the student body needed.”

The first intramural sport to return was beach volleyball. This sport allows students to enjoy the competitive spirit of intramurals while also maintaining a safe distance from each other. Toyos said, “It is important that we do our best to make sure that everybody is safe, and beach volleyball is a great sport that allows us to be able to do that without having to change the game too much.”

The return of intramurals has received a positive response from the student body. Nineteen teams that have signed up for beach volleyball. The teams range from Greek organizations to friend groups that want an outlet from their schoolwork. Junior Ben Cazayoux stated, “Intramurals are a great break away from studying and allow me to relieve the stress that sometimes comes with being a college student.”

Soccer is the next intramural sport to make a comeback. Soccer will begin once the beach volleyball playoffs have concluded. Due to COVID, the number of players on the field for each team are being limited to minimize the possibility of spreading the virus.

This year has still provided many obstacles for intramurals. Waldo stated, “Intramurals is normally a work study job, but since SGA took it over as an initiative, everything is being done for free. So all refs for the games are doing it for free because they want to help the student body.”

Despite the obstacles, the Spring Hill student body continues to find alternative ways to make this school year enjoyable. 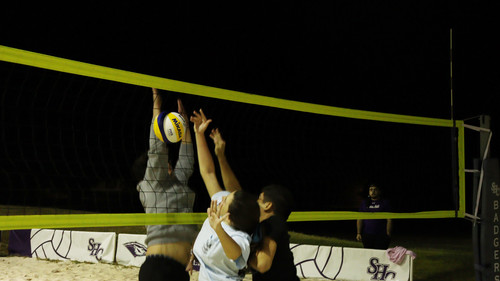 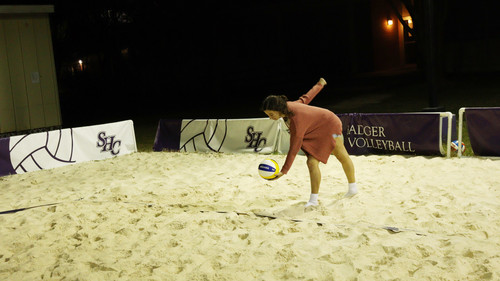 SHC Track Closing In on End of 2021 Season

Spring Hill College’s track and field teams are nearing the conclusion of a...

Spring Hill’s Rugby team defeated the University of Alabama on...